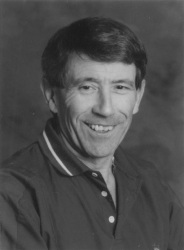 Tony Edwards began his theatrical career many, many years ago when he was asked to write a children's show for the Balloon Theatre in Christchurch, Dorset, England.

Since then, he has written over 20 children's plays, all of which have been performed in the Balloon Theatre between 1975 and 1993. They are still being performed locally, throughout the country, and now, with the advent of the Internet, throughout the world. Other works include one act plays, and a number of musicals and pantomimes, including the music and lyrics for the numerous songs involved in such shows. A number of these works have been and still are, being published. Some of his plays have won awards, and he himself is an award winning actor and director. He was Chairman of the Balloon Theatre for 4 years.

He has made films with the local University, training films for local companies, and a TV drama. He was also involved in 2 films for the deaf that have been distributed worldwide.

See doollee.com for a list of his stage plays.

See IMDB for a list of his work as producer, writer and director.